This account is from a more detailed 1985 version by Rev Dr H.A. Brown O.B.E. M.A. Ph.D. and later by his sister, Mrs Margaret Slater. 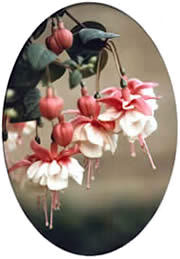 It is singularly appropriate that I should be speaking here in the Netherlands of my early years as a nurseryman, for this is the country to which I came after leaving school in order to learn horticulture. I was in Boskoop during the year 1921, and not only learnt how to grow plants, but also to speak Dutch with some fluency.

On returning to England I worked for the Castle Nurseries, a business that had been started by my father on land attached to our family home in South Chingford. Then in 1928 the nursery land was sold for building and I found myself out of work. This gave me the opportunity to take a fresh look to see what I was doing with my life. I felt a call to do pioneer missionary work in Papua New Guinea. Accordingly I made an application to the London Missionary Society, but was told that I could only be accepted if I had the appropriate qualifications. At the time I had not even matriculated. I had to realise that I would be involved in years of study, and that the cost would run into hundreds of pounds. I had no money and had to think how I could get it.

The idea came to me, ‘Why not start a small nursery and so pay my way through the years of study?’ At the rear of our family garden stood three glasshouses, the propagating area of the Castle Nurseries. These glasshouses were amongst items to be sold at auction in September. They would doubtless go at a very low price, since anyone else would have to reckon with the cost of dismantling, transporting and re-erecting the glasshouses.

First of all I had to get the land on which the glasshouses stood. I went to see the builder. He had opened a road and houses were already going up on the Castle Nursery land. “You must have,” he said, “a frontage on my new road”. I could have a plot on the new road together with the area at the rear for which I was asked, all for the absurdly low price of £75. With money borrowed from a friend I closed the deal next day.

For some years I had been contributing gardening articles to our local newspaper. Without any word from me, the editor, who knew I was looking for work, put in a free advertisement describing me as a landscape gardener. Numbers of new houses were being erected in various parts of Chingford at the time. So much work came my way that by the auction sale was held I had sufficient money to buy not only the glasshouses, but also everything else I needed to get my nursery going. I was able to repay the money I had borrowed in order to buy the land.

Every year I staged an exhibit at Chelsea and at other shows. Never was there ever a rival exhibit of fuchsias, with the result that anyone interested in them gravitated my way. One mode of advertising was to write an article from time to time on some aspect of fuchsia cultivation for various gardening publications. These articles I would illustrate with line drawings. In return I would get a display advertisement. The readers, their interest kindled in fuchsias from the article, would then see my advertisement, and only mine, telling them where to obtain these highly desirable plants.

With hindsight it is clear how opportune a time it was for me to be growing fuchsias. They had been very popular during the Victorian era, for they were one of the Queen’s favourite flowers. During the early part of the 20th century they retained their popularity. Thousands of plants were sold each day throughout the season in Covent Garden Market, London. All this ended when war broke out in 1914. The stock plants of fuchsias were thrown out onto the rubbish heaps and tomatoes planted in their place. Yet many old and worthy cultivars were still growing in gardens, particularly in the milder parts of England.

Various gardening journals would advise readers seeking names for their fuchsias to send specimens to me. Some would be old cultivars, no longer in commerce, but which I would be able to identify. Thus in various ways my collection of fuchsias increased until by 1938 it numbered some 300 cultivars and species. Despite restricted space I was able to raise upwards of 10,000 young plants each season, thanks to the readiness with which fuchsia cuttings can be rooted. My contacts with the United States proved to be particularly significant for the further development of the fuchsia. Throughout Southern California fuchsias thrive, and growers there in 1929 started the American Fuchsia Society. The following year two of their members, Professor Sydney B. Mitchell and his wife, when visiting England met me at the Chelsea Show. My collection delighted them, and they placed an order for fifty different varieties. Amongst those sent was ‘Rolla’ which made an important contribution to the production of new varieties by growers there.

Early in 1938 Mr W. W. Whiteman of Gloucester, Lady Boothby and I had a meeting in Lady Boothby’s flat in the West End of London. The purpose of the meeting was to form the Fuchsia Society. Invitations to join were circulated to all the names on my list of customers. The response was excellent. The successful launching was due to the hard work of Mr Whiteman, who for the first seven years served as Honorary Secretary and Treasurer. He was ably supported by Lady Boothby, who became the first President.

The autumn of 1938 approached, and it was time for me to set off for Papua New Guinea to face new tasks and challenges there. My youngest sister Margaret had by then also become involved with fuchsias, together with my father and eldest sister Edith.

The story is continued by his sister, Margaret Slater

After my brother left for Papua in 1938, my father took up the work of the Fuchsia Nursery. A year later the war came and with it, a host of problems and restrictions. One of the main concerns of nurserymen was the rationing of fuel. However, my father discovered that nurseries who could claim ‘Specialist’ collections could be granted a fuel permit, enabling them to obtain all they might need. This he applied for, and eventually got, much to his relief.

Our plants were thus made secure from the winter frosts; but everyday dangers of war remained, and on several occasions the falling of nearby bombs shattered much of the glass. Naturally, because of this damage and the impossibility of doing speedy and adequate repairs, we suffered some losses. There being practically no other specialist growers in the country, at that time, many of the cultivars proved impossible to replace. Although we took no part in the shows during the war, there was still a large demand for plants during the spring and summer months.

The annual free distribution of cuttings that had proved popular when the Fuchsia Society introduced it in 1938, continued throughout these years. Each member of the Society was allowed, on application, three free rooted cuttings of the varieties of their choice. So far as I can remember, we received on average, about 300 of these applications. Those of you who are members of the British Fuchsia Society will know that this distribution continues to this day, and this year more than 3,000 people have requested plants. The task is made much simpler nowadays, for it is we, the nurserymen, who make the choice of varieties sent. I usually select three as distinct as possible.

After the war, my father looked to increase our stock with new varieties. In 1942 we began to show again, and the name of H. A. Brown was frequently to be seen at the R. H. S. Hall and, of course, at Chelsea. On the death of my father in 1949, my eldest sister and I took over the running of the nursery. Much of the business was done by post. In fact personal callers were something of a rare occurrence. Over the past few years however, interest of the fuchsia has increased so much that people will travel many miles to visit the nursery.

I am happy to say that we have kept our reputation of having one of the largest collections in the country. In particular we take pride in the many old cultivars that we are still able to list, and we maintain a good selection of species and triphylla hybrids.